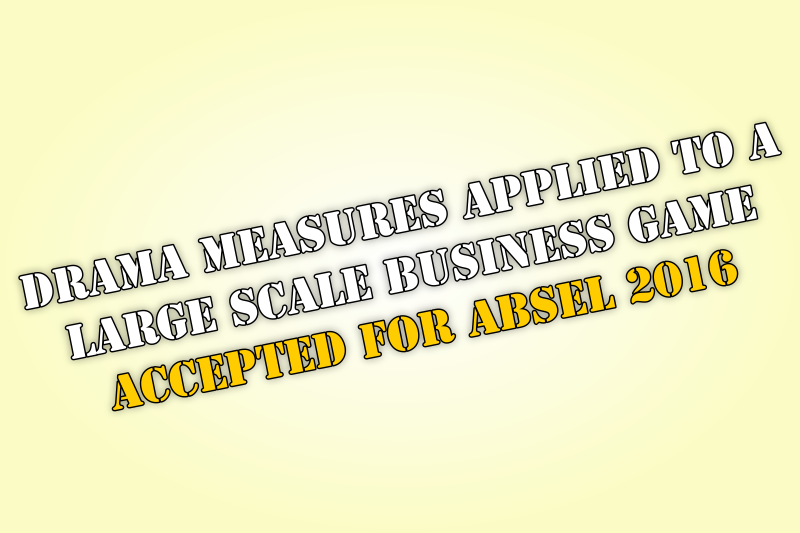 We propose different measures for the quality criterion Drama, using a generic game model. Drama can be described as the possibility to win the game for someone in a weaker position.  We extend the current criterion for two player games with a single winner to multiplayer games, and validate it in a national football championship, studying the evolution of Drama among different competitions. Also, we evaluate the Maximum Drama Path (MDP) concept in a large scale business game. The analysis investigates how the changes in some of the game parameters influence the overall Drama in different series, at the same tournament edition, and in different tournaments of the game.
This paper introduces player position as a feature taken into account in the analysis as well the Maximum Drama Path (MDP) concept. Furthermore, it also shows how the Drama measures can be used as a tool to improve the game’s appeal as well as the players’ engagement in a business game.